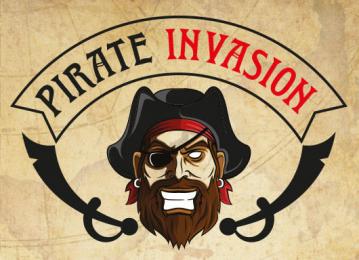 Port Solent is bracing itself for a Pirate Invasion this June with a swashbuckling, stunt-filled, pirate themed event with a day of live music and lots of fun for all the family.

The FREE event will take place on Saturday 15 June, from 10:30am until late and will see music entertainment from pirate band, The Captain’s Beard, performing folk music and local party band, Kojaks Revenge playing a mix of current and classic hits.

Port Solent will also be joined by Captain Jack Sparrow lookalike, Simon Newton, the only credited photo double for Johnny Depp from ‘Pirates of the Caribbean: On Stranger Tides’, with other pirates performing short stunt sequences throughout the day.

For younger pirates with a sense of adventure, Captain Crossbones will be hosting a pirate’s voyage across the seas in his Potty Pirate and Magic Show. Children can also climb aboard the Creation Station, to create pirate hats, parrots and eye patches.

All guests are encouraged to come in their best pirate costumes, there will be a best costume competition for adults and children, and the opportunity to take part in a treasure hunt around Port Solent to find the hidden loot.

The day will also include Blackbeard’s Market, Silly Scott hosting fun and games in the stage area, Captain Morgan and Crew promoting rum in Sir Alec Rose and drumming band Celebration Samba will be getting everyone moving.