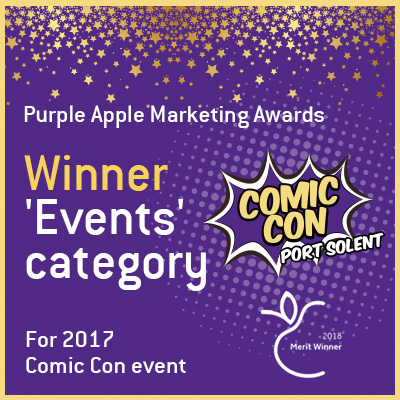 Following the popularity of last year's event, the south's biggest FREE, award-winning Comic Con event returns to Port Solent! Join us on 16 June for a fun-filled event for the whole family, which is bigger and better than ever before, with new evening entertainment! The event includes: